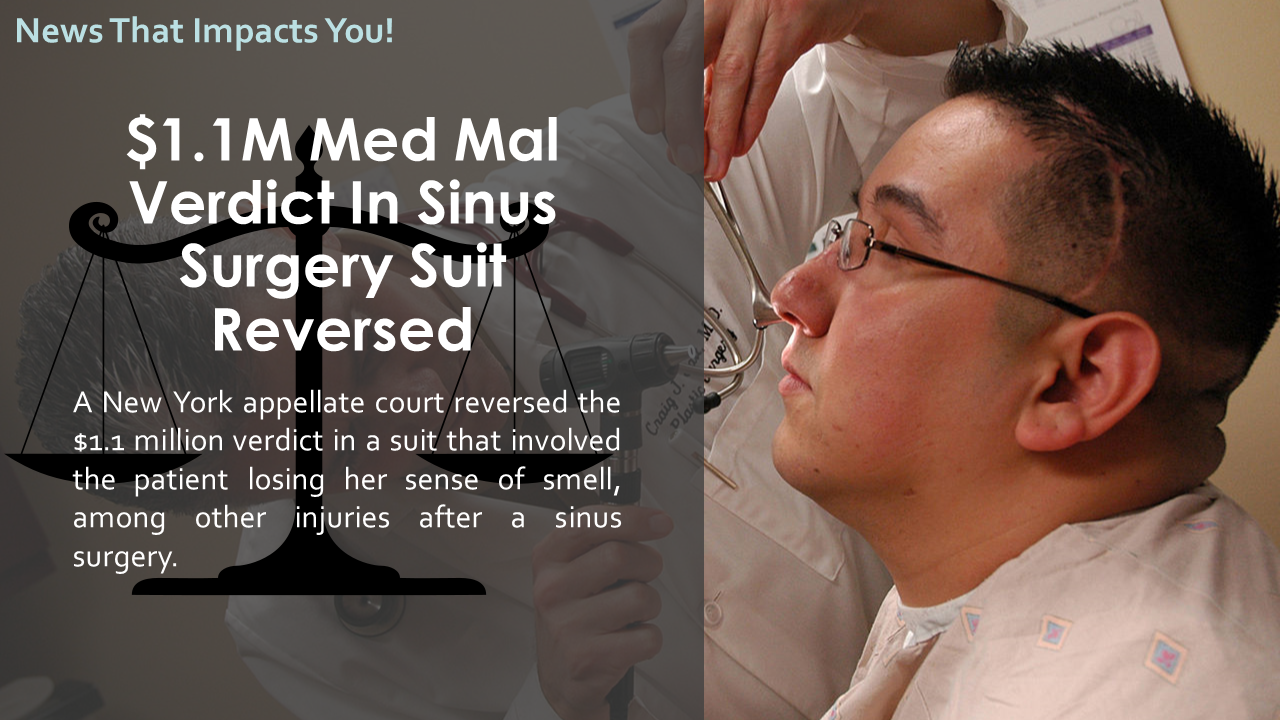 The Westchester County jury cleared Dr. Shen of negligence in surgery but came to the conclusion that she breached the standard of care by failing to inform Rena that a “dural patch” was placed inside Berger’s sinus cavity to reinforce a weakened bone. According to the jury, Rena’s injuries were caused due to this and awarded $1.13 million in damages.

The New York appellate court however, opined that there was no evidence submitted at trial that this negligence of not informing the patient of the patch “could possibly lead rational persons to the conclusion” that Shen caused Berger’s injuries. Similarly, there was no evidence presented at the trial that the patch was disturbed after the surgery.

As a result, it vacated the $1.1 million verdict in the suit, citing lack of relevant evidence.