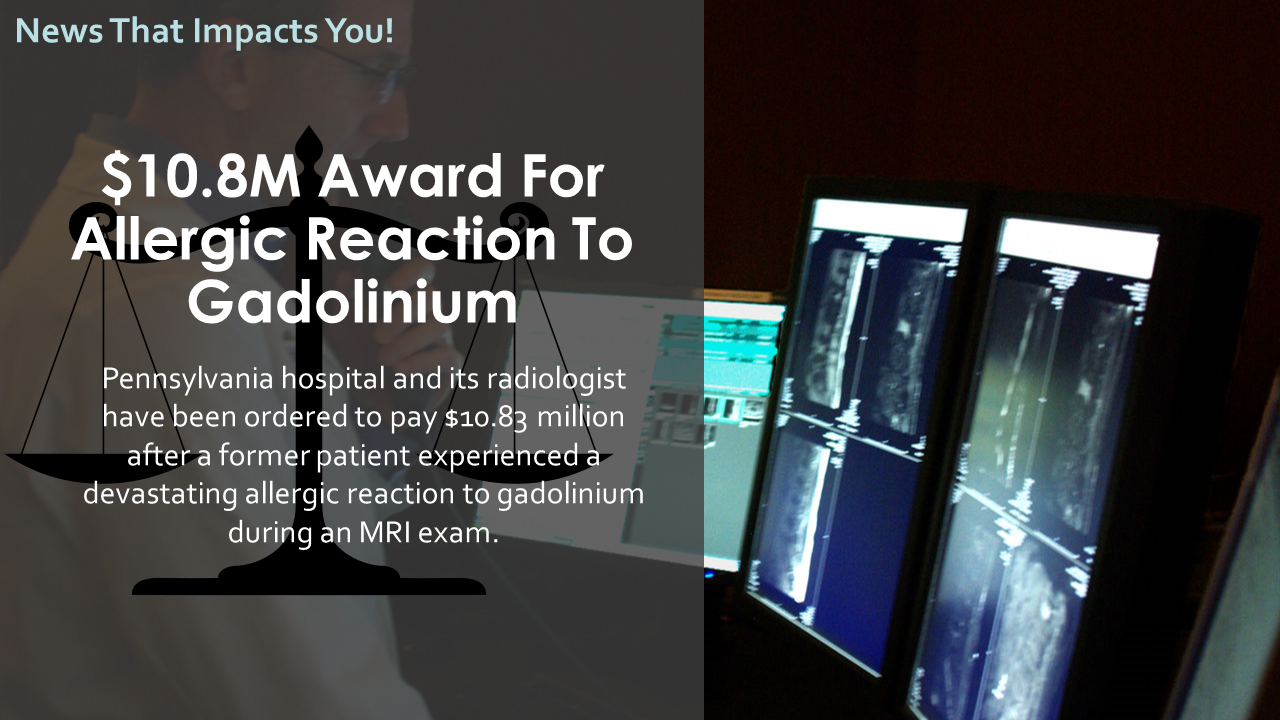 Tyrone Hospital did not have a drug box with epinephrine, nor an alarm in the imaging suite. MRI tech Sherry Piper told jurors she ran to the control room 60 feet away to sound the alert and yelled for help down the hallway. Supervising radiologist Kelly Biggs reportedly responded and grabbed an emergency doc to help and eventually the patient was transferred to the emergency department.

In a unanimous decision, Blair Country Jury awarded $10.8M in damages after hearing both sides. About $6.2 million of the payout will cover 45-year-old Christopher Carey Miller’s care over the next 30 years, while the remainder will go toward lost earnings, pain and suffering.