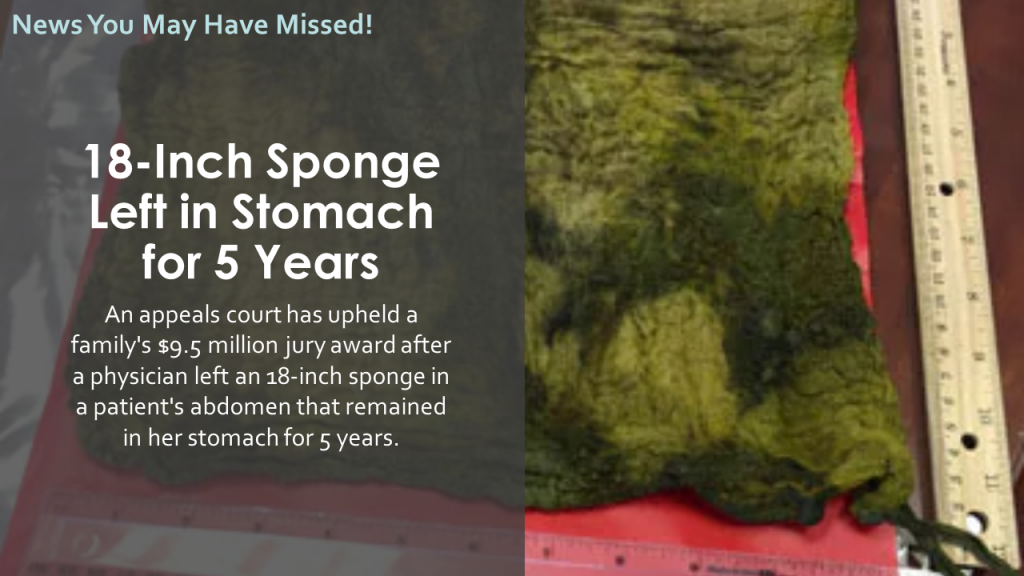 During the years that the sponge went undetected, the object eroded via transmural migration from Boerste’s abdomen into her intestine, causing diarrhea, vomiting, and nausea.

Another CT scan was ordered, which revealed the sponge.

The object was removed by exploratory laparotomy later that month.

In her complaint, Boerste claimed that the removal surgery resulted in amputation of her leg because of wounds developed on her lower extremities while she was bedridden during recovery.

In 2017, she filed a negligence lawsuit against Morris, the hospital, and several others involved in her care.

After a 10-day trial, jurors found Morris and several other defendants liable.

Boerste was awarded $9.5 million in damages and an additional $1 million in punitive damages, for a total of $10.5 million.

Morris and the hospital appealed to the Commonwealth of Kentucky Court of Appeals.