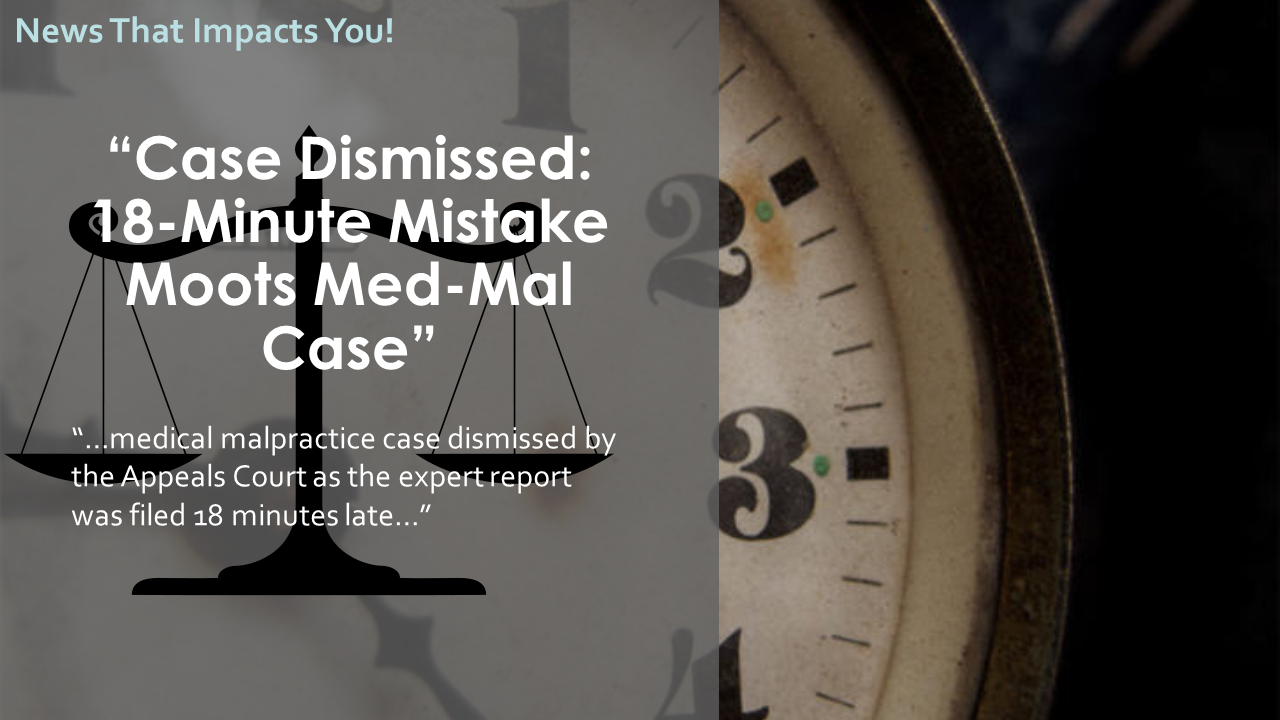 A Texas Appeals Court dismissed a medical malpractice lawsuit due to the delay in submission of expert report by the plaintiff’s lawyers by 18 minutes. Due to be filed by 12: AM, the lawyer filed it at 12:18 instead costing them the lawsuit.

The argument of the plaintiff’s lawyers was that the physician did not make the required report available leading to the said delay. However, the court rejected this argument saying that there was no evidence to prove that either parties tried to set up a mutually convenient date and time to obtain and inspect the records until the date on which the expert report was due.

The court also observed that the plaintiff’s lawyers did not seek the assistance of the court to obtain the necessary medical records. 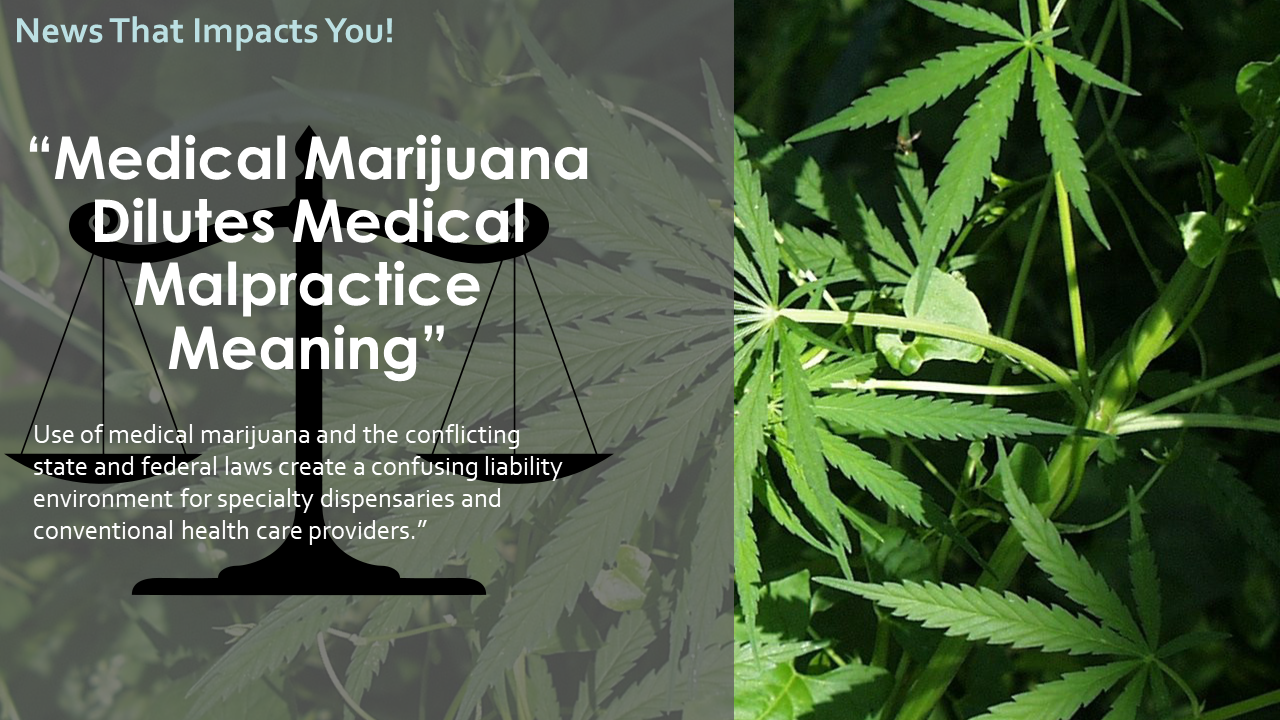 Medical marijuana is legal in more than half of U.S. states, but its illegality at the federal level creates a confusing liability environment for specialty dispensaries and conventional health care providers, a panel of experts has said. Due to these variations in laws, the professionalism of staff in marijuana dispensaries varies significantly, state-wise and hence, makes some of them riskier than others.

While there hasn’t been any instance of medical malpractice lawsuit involving cannabis in the country, the experts are already scratching their head about how will they go about it when it happens. There’s a lot of liability and risk involved for both the medical practitioners as well as the patients using medical marijuana.

Patients are likely to ask questions about issues such as delivery methods, frequency of use, the dosing ratio of the elements of marijuana – THC and CDB – and drug interactions with no clear answers.
This has led to questions about situations when the practitioner gets sued and/or what are the liabilities etc.

A Deadline Debacle That Cost $2.3M in Damages 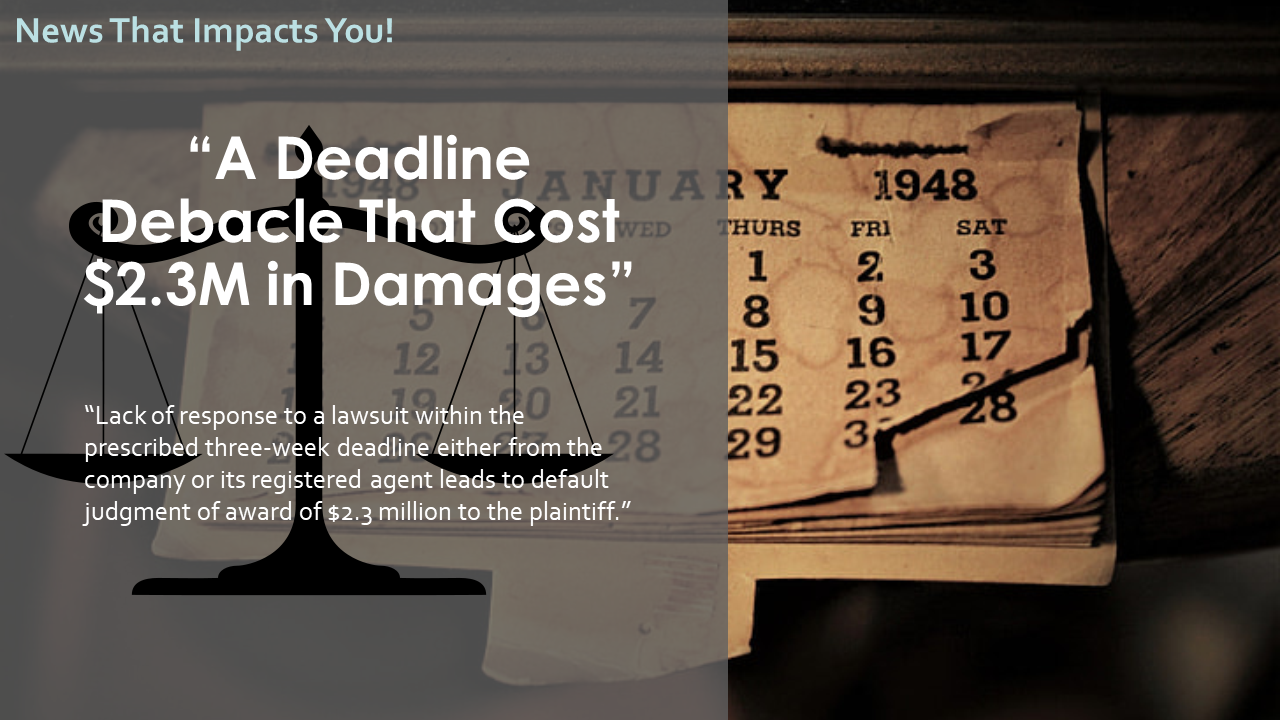 A missed deadline on the part of the registered agent of Salem Orthopedics cost the company a whopping $2.3 million in damages. ​

Salem Orthopedics, had argued in Roanoke Circuit Court that its registered agent, attorney Jeff Dorsey, did not inform it of the suit when it was first filed in June of 2019. The company said it wasn’t aware of the legal action against it until early September, by which time a $2.3 million judgment had already been entered against it. However, the judge denied the clinic’s subsequent request to vacate that judgment and to allow it to file a formal response.​

When the patient, Kimberly Salyers filed a lawsuit against Salem Orthopedics and two members of its medical staff for medical negligence, Attorney Dorsey was officially served with the lawsuit and, from there, had three weeks to file a response, which came due June 27. Salem’s lawyers argue that Mr. Dorsey did not forward the Summons and Complaint to Salem Orthopedics. Nor did he otherwise apprise Salem Orthopedics of the pending action against it.​

Citing lack of response from the company or its representatives to the serving of the lawsuit, Roanoke Circuit Court awarded $2.5 million, subsequently reduced to $2.3 million to the plaintiff. Because the defendants were in default at the time of the hearing, they were not notified of it and had no representatives present in court. Only after Dorsey came to know of the outcome, he communicated it to Salem, which the company claims to be the very first notice they’ve ever received of the suit.​

Based on this argument, they submitted a motion asking the court to set aside the award and allow the company to properly respond to the suit.

Medical Malpractice Damages: How Much Is Too Much? 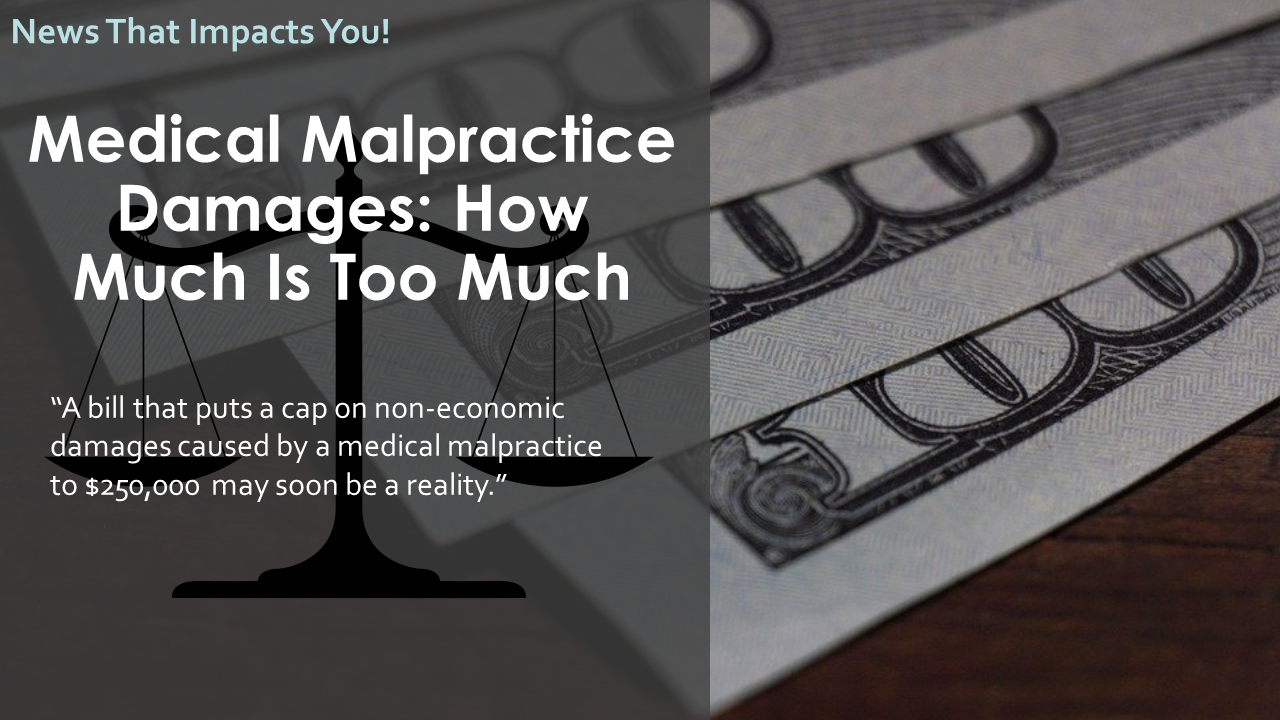 A bill is being debated in the subcommittee of the House Judiciary committee that would limit the amount of damages awarded in medical malpractice lawsuits.

It seeks to make $250,000, the maximum amount that the court can award for non-economic damages in a medical malpractice case. However, the bill would have no impact on the economic damages that are awarded to compensate the healthcare costs or lost wages.

The bill has found opposition among the legal fraternity who argue that it is unconstitutional and has no bearing on higher health care costs, an argument that the doctors and healthcare institutions have made in their support of the bill.