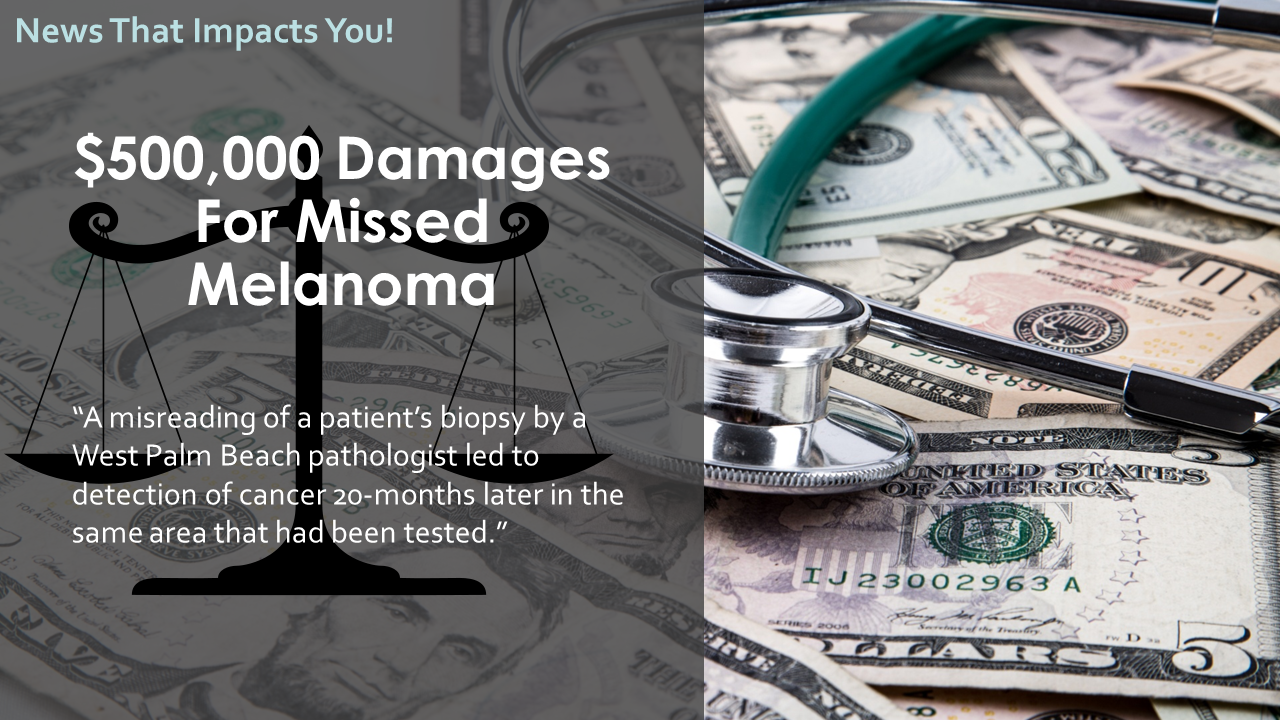 A jury in the Palm Beach Circuit Court has ruled that a pathologist from the West Palm Beach area was liable to pay $500,000 in damages after failing to detect melanoma (a cancer of the skin) in a patient…law.com, Patient Claims Pathologist Missed Melanoma Diagnosis, 2020

James Clyde, a resident of WPB, underwent a biopsy in June 2014 and the interpreting pathologist, Dr. Jefferson Morgan, concluded at the time that the results were negative. However, after 20 months, cancer was detected in the same area that had been tested in 2014. Subsequent to this, James Clyde sued the pathologist Morgan, alleging that he misread the biopsy back then and this had caused at least a 20-month treatment delay that could have otherwise saved him the mental and physical suffering and treatment expenses.

The defense, on its part had contended that the biopsy was appropriately read and that Clyde’s cancer was such that it was difficult to detect at the time. But the jury sided with Clyde and awarded damages of $500,000.

Psychiatric Facility Not Liable for Sexual Assault On Counselor By Patient 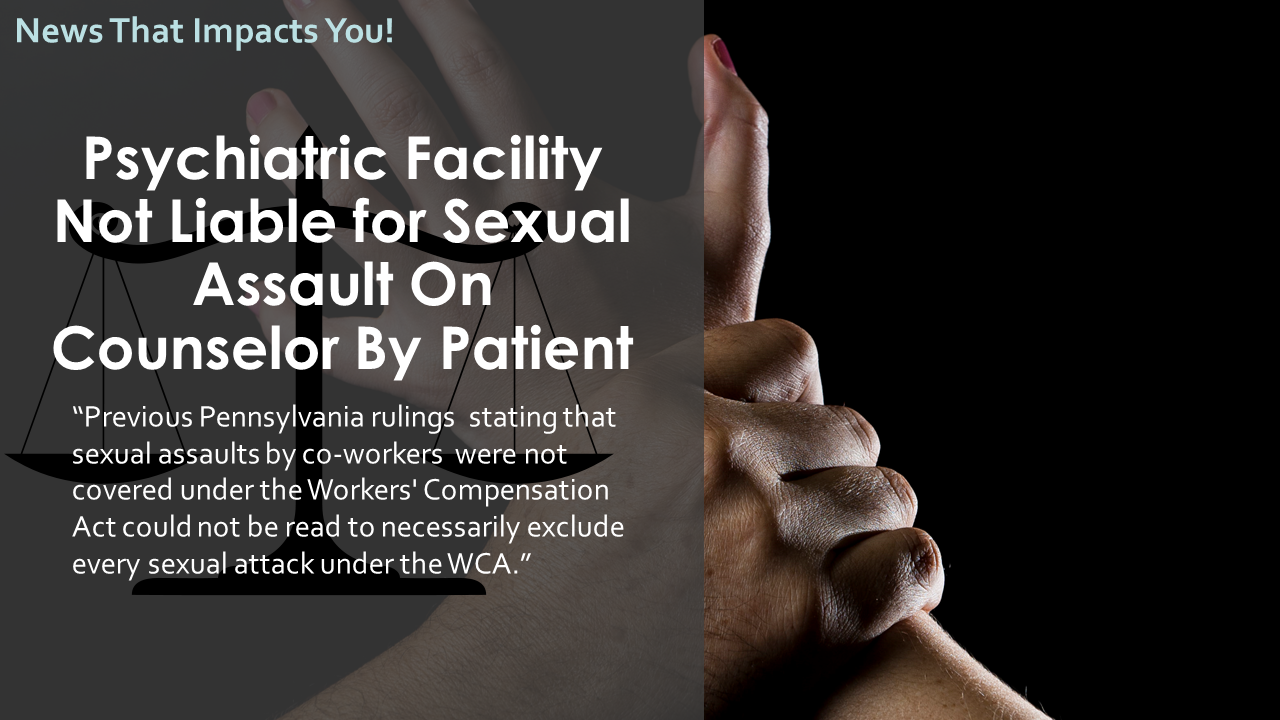 The Pennsylvania Superior Court has ruled that a psychiatric facility is not liable for negligence for a sexual assault on one of its counselors by a patient…law.com, Psychiatric Facility Not Liable for Patient’s Sexual Assault of Counselor, Court Rules, P.J. D’Annunzio, 2020

Plaintiff Michelle Grabowski filed a negligence suit against the company, Carelink Community Support Services, on the basis that it was negligent and should be held liable under the Workers’ Compensation Act’s third-party attack and personal attack exceptions. 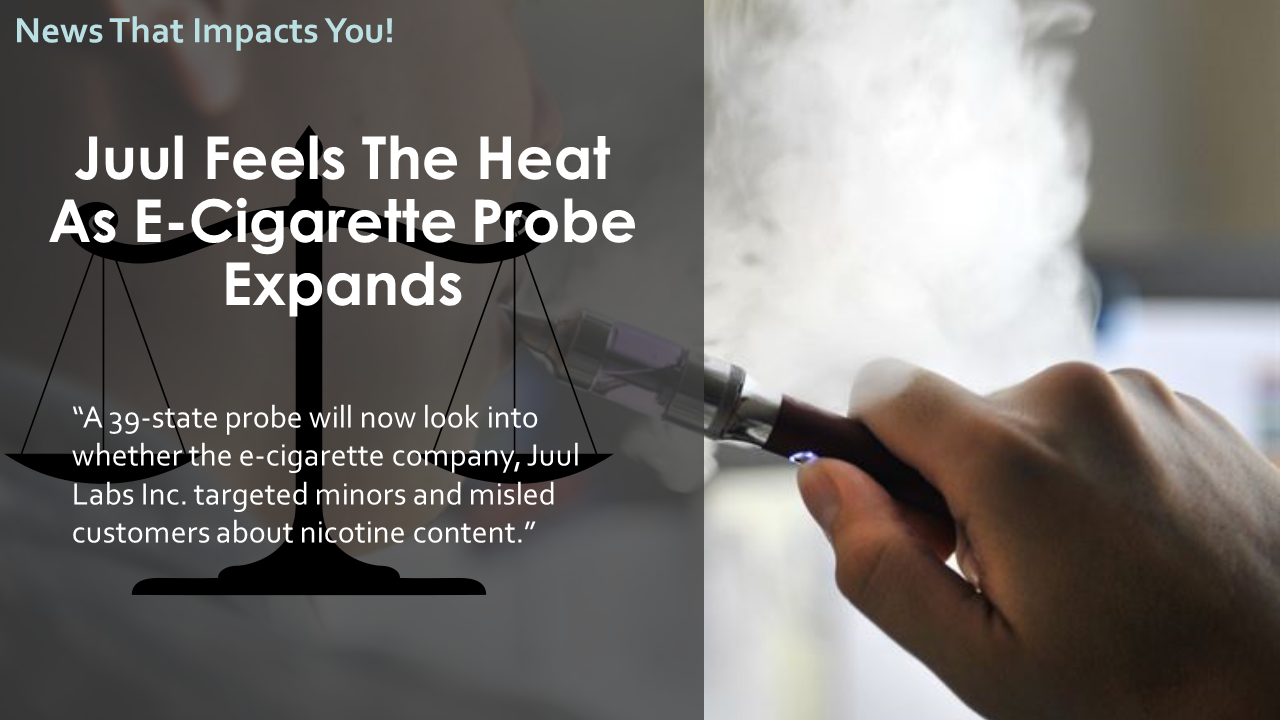 Trouble may be mounting for the e-cigarette maker Juul Labs Inc. as Florida and 38 other states join the expand their probes into whether the company willfully targeted minors and misled its customers about the nicotine content in its cigarettes. The probe will also look into the potentially false claims of Juul as a smoking-cessation device.

Attorneys general from Connecticut, Florida, Nevada, Oregon and Texas will lead the multi-state investigation into San Francisco-based Juul, which also is facing lawsuits by teenagers and others who say they became addicted to the company’s vaping products.

Juul is the most popular vaping brand country-wide but in response to a backlash over its product and vaping in general, the company has pulled all its flavors except menthol and tobacco from the market and halted the advertising. 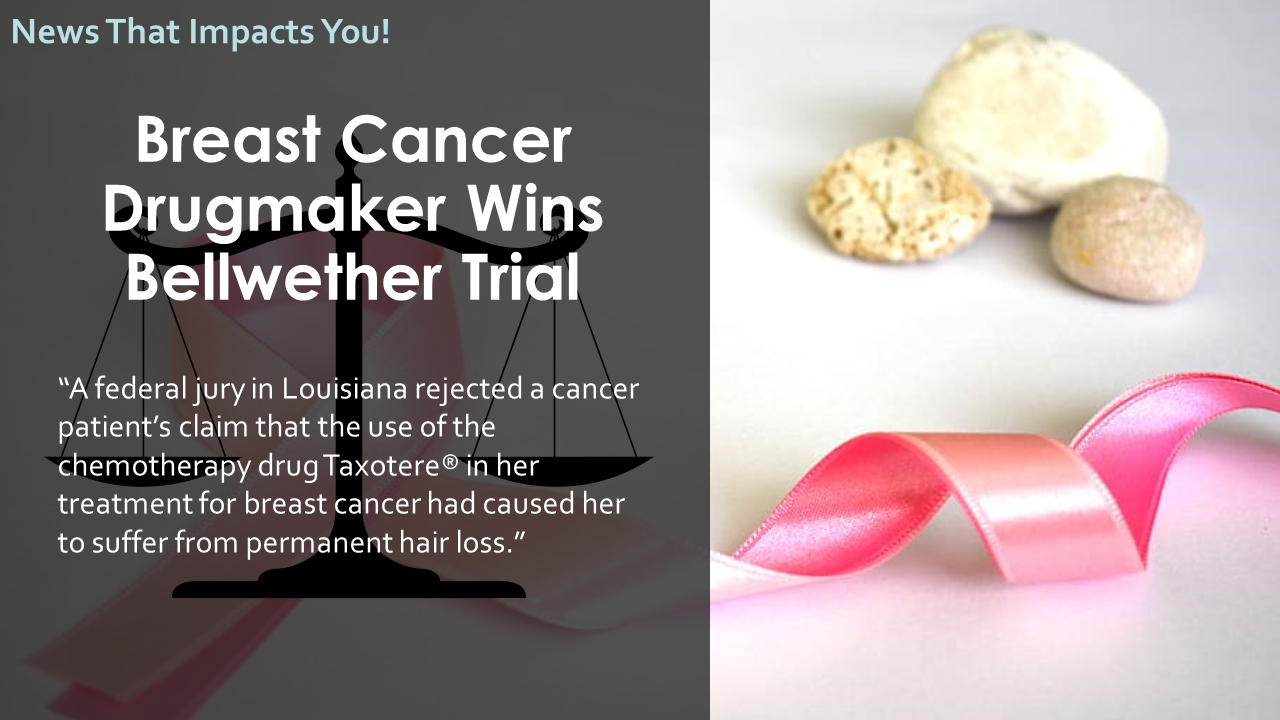 A Louisiana jury rejected a cancer patient’s claim that the chemotherapy drug Taxotere® used in her treatment for breast cancer had caused her to suffer from disfiguring permanent hair loss.

The jury ruled that the patient failed to prove by a preponderance of evidence that the chemotherapy drug was the reason for her permanent hair loss, and entered judgment in favor of the drug manufacturer.

This was the first bellwether trial of a multidistrict litigation against drug manufacturers amidst claims that certain chemotherapy drugs caused patients to loose their hair permanently. In her complaint, the patient alleged that the drugmaker withheld important information regarding the risk of hair loss and failed to conduct proper investigations into this side-effect.

China Gets Sued Over Covid-19 Outbreak 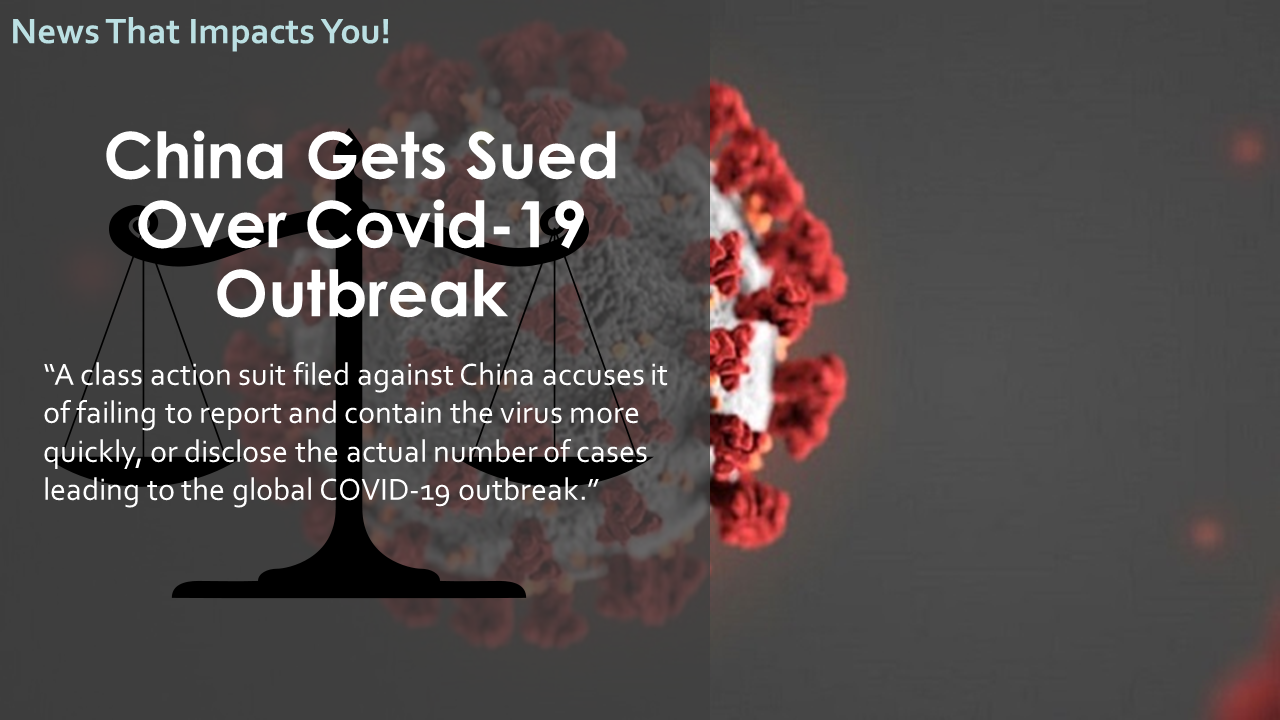 Attorney Matthew Moore, of Boca Raton, Florida has filed a nationwide class action suite against the People’s Republic of China for failing to report and contain the coronavirus outbreak that led to it become a global pandemic.

The complaint alleges that the China and other related defendants were aware that COVID-19 was contagious and capable of spreading quickly, yet they proverbially put their head in the sand to cover their own economic interest.

In addition to China, the suit also names various Chinese health and emergency departments, the Hubei province and the city of Wuhan, where COVID-19 first emerged in late December. The World Health Organization has since declared COVID-19 outbreak a global pandemic and President Trump has declared a national emergency.