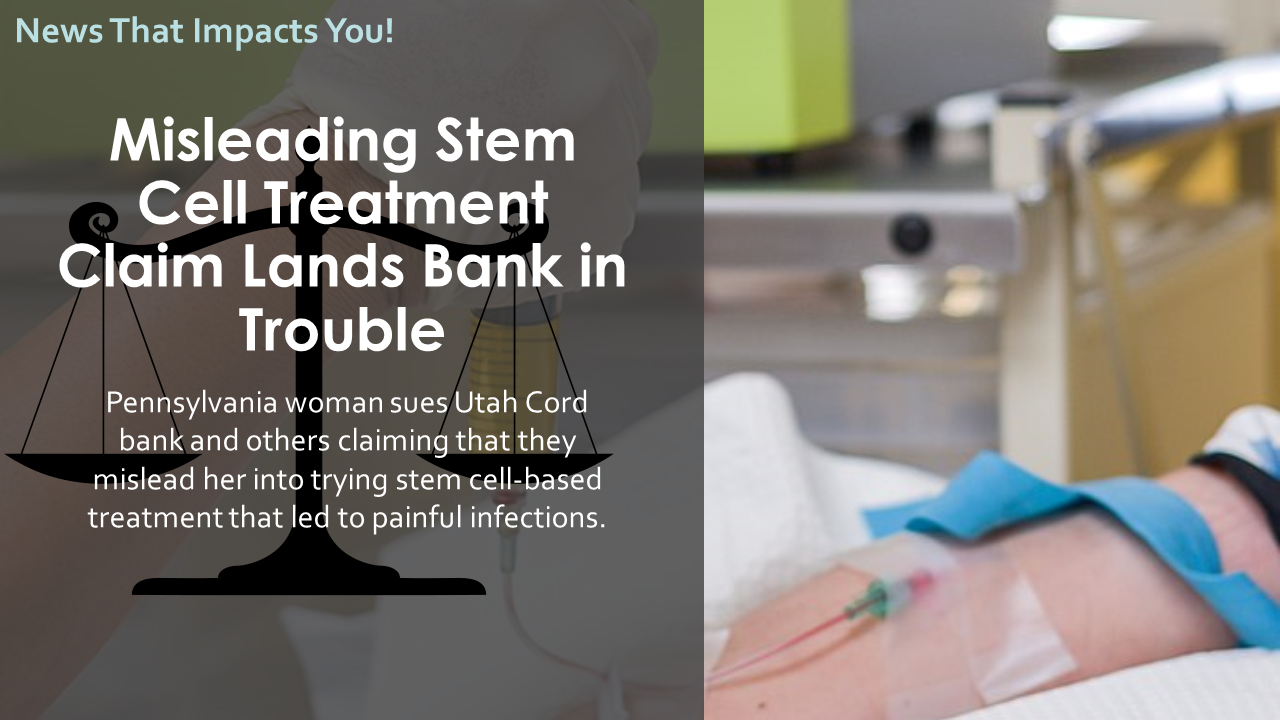 Marianne Cornetti has submitted a 52-page complaint in the state court with allegations against Utah Cord Bank and Verri Chiropractic Associates PC that promote the use of the stem cell injections, branded as “StemVive,” for orthopedic medical conditions…law360, Pa. Woman Claims She Was Misled On Stem Cell Treatment, Mike Curley, 2020

Cornetti has a medical condition called degenerative arthritis of the knees. She attended a seminar involving Utah Cord Bank and Verri Chiropractic Associates PC in which Verri convinced her that the injections were safe, effective, and approved by the Food and Drug Administration. These injections were subsequently administered to her by Frank Verri and a nurse with Gimiva PC, another defendant in the case.

Due to this, she suffered multiple injuries, bacterial infections, septic right knee, damage to her bones, joints and ligaments, gastrointestinal injuries and other complications resulting from prolonged hospital stays. She has also claimed that the defendants did not have the proper licenses or certifications necessary to provide human stem cell injections.

The lawsuit seeks unspecified damages, including punitive damages, only stating that the amount is greater than $35,000. 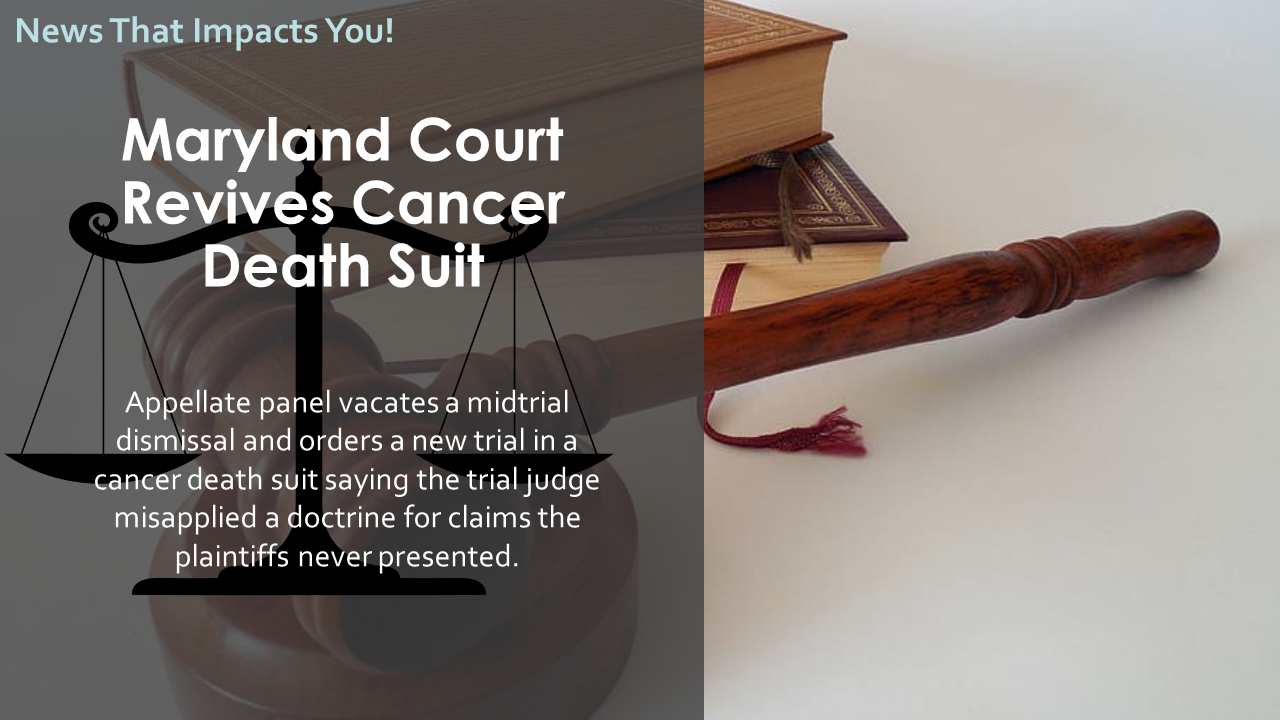 Vincent Santiago consulted Golden, an otolaryngologist because he had been experiencing dizziness and pain in his tongue and left ear and received an initial tongue scraping biopsy in February 2013. A dermatopathologist who evaluated the biopsy concluded that the test was “superficial, fragmented and small limiting more definitive diagnosis” and that further testing should be performed to correlate the results because they may not represent the entire lesion. However, no further action was taken…law360, Maryland Court Orders New Trial In Cancer Death Suit, Sarah Jarvis, 2020

After Santiago’s death in April 2015 from oral cancer, his wife and two adult children filed a complaint in June 2018 alleging negligence in failing to timely diagnose Santiago’s cancer. Their complaint included wrongful death claims and a survival claim.

At trial, on the family’s behalf, Dr. Stewart Packer, a causation expert in the field of medical oncology and haematology, testified that Santiago would have recovered and his prognosis for survival would have been 70% to 80% had the cancer been diagnosed in Feb 2013 itself. When it was actually discovered an year later, the survival rate dropped to 50% to 55%.

The defendant Golden argued that the loss of chance was applicable to both survival claim and wrongful death claims and because Santiago’s chance of survival was still more than 50%, it was not likely that the doctor’s conduct caused Santiago’s death. Based on this appeal, the trail court granted Golden’s dismissal motion saying that Maryland does not recognize damages for the loss of chance of survival.

Vacating this ruling , the appellate court said that the plaintiffs never sought or even mention loss of chance damages in their amended complaint and that Santiago’s chance of survival when Santiago first met with Golden in February 2013 was 70% to 80% anyway, according to Packer. Therefore, the loss of chance doctrine did not apply. 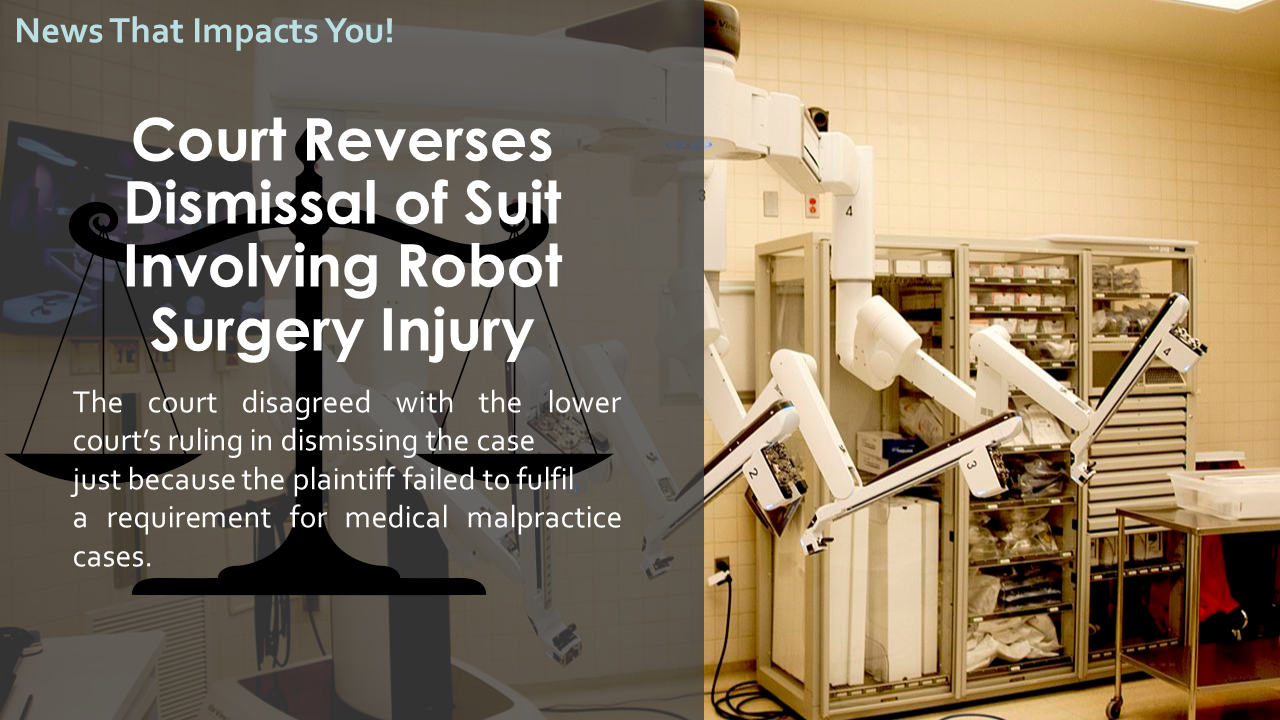 The plaintiff, Wendy Young alleged that on May 11, 2016, the hospital’s physician, Catherine C. Grazi-ani performed a robotic hysterectomy on her using a robotic surgical system. After some days, Wendy started experiencing pain and ‘‘a black and blue’’ on her left side. On June 10, 2016, she learnt that her injuries were due to a robotic camera falling on her left side. She was not told about the incident…law360, Conn. Court Revives Suit Over Patient’s Robot Surgery Injury, Y. Peter Kang 2020

Wendy then sought damages for injuries she received from the defendant, Hartford Hospital. However, Young did not submit the certificate of good faith certificate and written opinion regarding medical negligence pursuant to General Statutes § 52-190a because she claimed that her complaint fell under the ordinary negligence category and not medical negligence.

The trial court disagreed with the plaintiff and determined the case to be one of medical malpractice. Under the Connecticut law, such cases require a medical expert’s opinion to be submitted with the complaint. Because no such expert opinion was filed by Young, the trial judge granted the hospital’s motion to dismiss.

Upon appeal by Young, the Conn. Court by a 2:1 majority said, a “holistic and reasonable reading of the complaint” does not rule out that Young’s injuries were caused by ordinary negligence rather than medical malpractice. The panel also said that because the facts must be construed in a light most favorable to the plaintiff at the motion to dismiss stage of a case, it was wrong for the trial judge to grant the hospital’s dismissal bid. 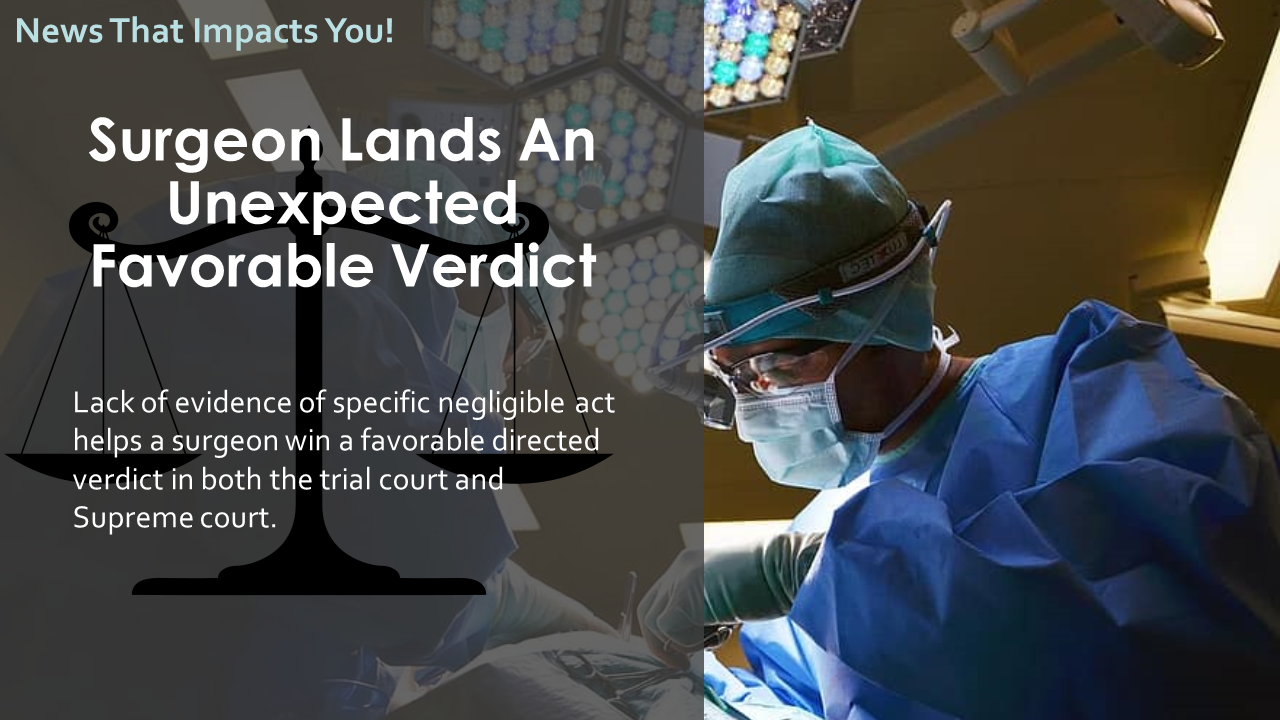 Dr. McCormack testified that he did not know how it happened, but that in his opinion, the only thing that made sense was that the hand-piece used in the surgery malfunctioned and transmitted the heat from the refractors in it to the face of the patient.

The defendants then moved for a directed verdict saying that the case of the plaintiff was based on a res ipsa theory and that she had failed to present expert testimony that Dr. McCormack breached the standard of care by means of a specific actor omission as required by Georgia law.

The trial court directed a verdict in favor of defendants, which was subsequently affirmed by the Supreme court saying that the Defendants’ appeal was mute.