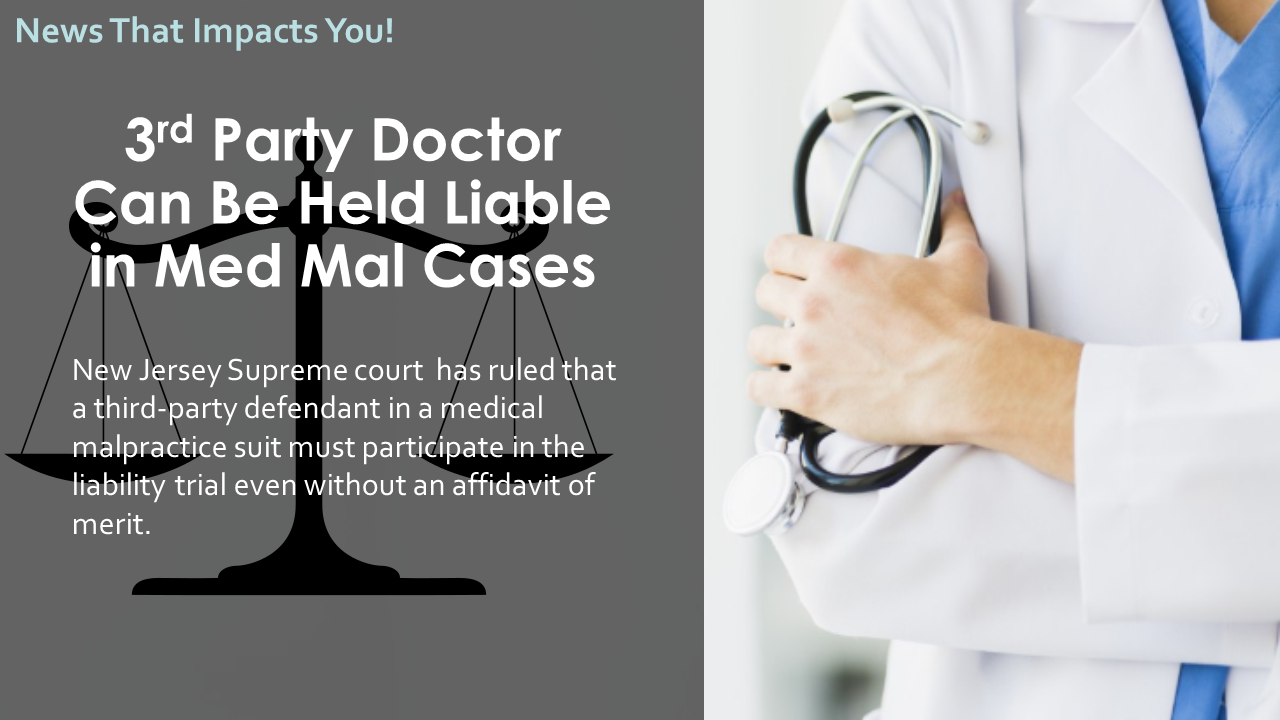 In his defense, Dr. Jacinto Fernandez argued that he should not be made a party to the liability trial considering that he was not sued by the plaintiff and an affidavit of merit was never served on him by any party.

He pointed the court’s attention to the Burt v. West Jersey Health Systems case in which defendants were dismissed for failure to timely serve an affidavit.

However, the court observed that in the said case, the defendants were “dismissed meritoriously” whereas in this case, Dr. Fernandez fails to present a meritorious right to dismissal. The court observed that “Third-party defendants are subject to the contribution claims filed against them by joint tortfeasors, unless there exists a right to a dismissal of the claims against them.”

The court, therefore, made Dr. Fernandez an active third-party defendant who must participate at trial.