Where Are All The Medical Malpractice Claims? 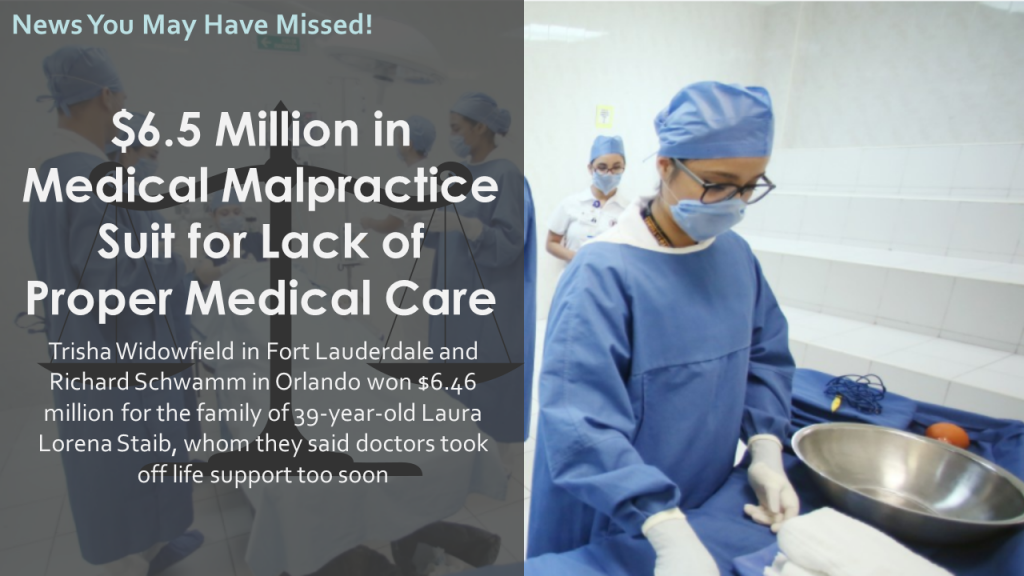 According to the complaint, Staib was having abdominal pain, so she was admitted to Florida Hospital Deland and was seen in the emergency room. Once admitted, Staib’s condition required medical treatment in the intensive-care unit, where she was intubated, according to court filings. Several doctors attended to her, including critical-care physicians Zacharis and Ailani, cardiologist Venzon, and internal medicine physician Hassan, the complaint stated.

Around March 6, 2016, she was extubated, and Staib remained at Florida Hospital Deland until March 12. On March 11, defendant Hassan ordered Staib’s transfer to defendant Select Specialty Hospital. The admitting physicians at Select Specialty were defendants Ghade and Nagarajan, who were both caring for her at the time.

When Staib arrived at Select Specialty her condition worsened. Over the next few days, Ghade continued to provide her care, and so did defendants Ailani and Zacharis. However, Staib died March 16, 2016.

Her family’s counsel argued that the plaintiff had relied on the defendants to provide Staib with competent and qualified physicians. They claimed both hospitals had agreed to provide physician services to Staib as a patient in exchange for the plaintiff agreeing to pay the hospitals for such services. However, they argued that the hospitals failed to put Staib on notice that they were assigning contractual duties to an independent physician, and in so doing, they allegedly committed negligence and breach of contract.