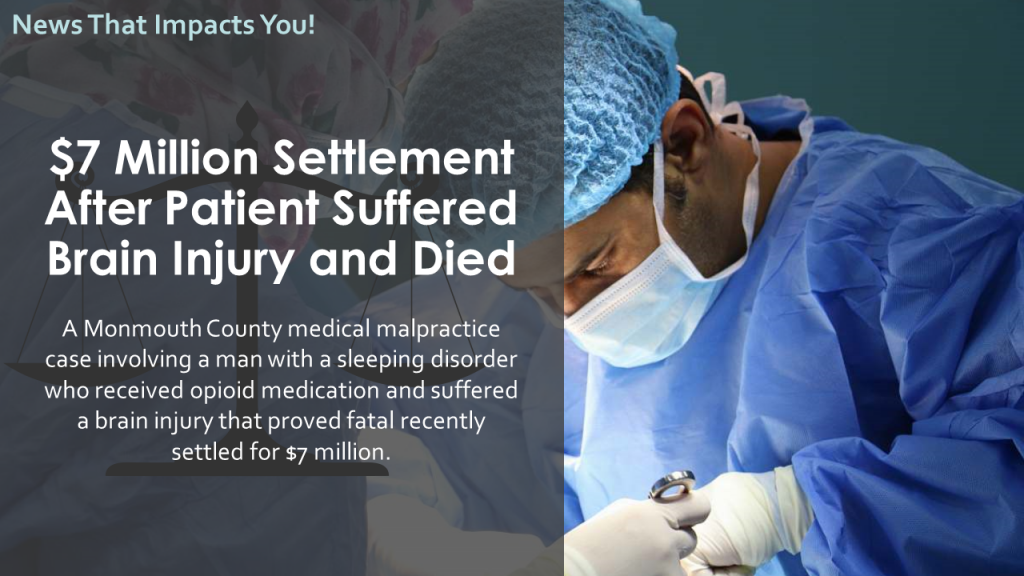 On April 3, 2015, Daley, then 55, was brought to the emergency department at Jersey Shore University Medical Center after falling off a 4-foot ladder and landing on his back. Daley was diagnosed with a L1 compression fracture that did not require surgery, and he was admitted for pain control.

Daley’s medical history included OSA and obesity, and he was noted to be opiate naïve.

The plaintiffs claimed that while in the ER, Daley received 10 milligrams of oxycodone orally, and later hydromorphone. Daley was admitted to the JSUMC trauma team at 8:30 p.m., six hours after arriving at the hospital in severe pain.

At 7:30 a.m. the following day, Daley was noted to be “sleeping and snoring” with normal vitals. At 8 a.m. Daley was lethargic and arousable. By 9:10 a.m., it was noted that he was snoring, drooling and appeared to be unresponsive. Daley was given 0.4 mg of Narcan, with no response. He was then noted to be cyanotic, and respiratory therapy was called for.

A subsequent MRI confirmed he had a severe diffuse anoxic brain injury. Daley died on May 21 from COVID-19 and complications from the brain injury he suffered.