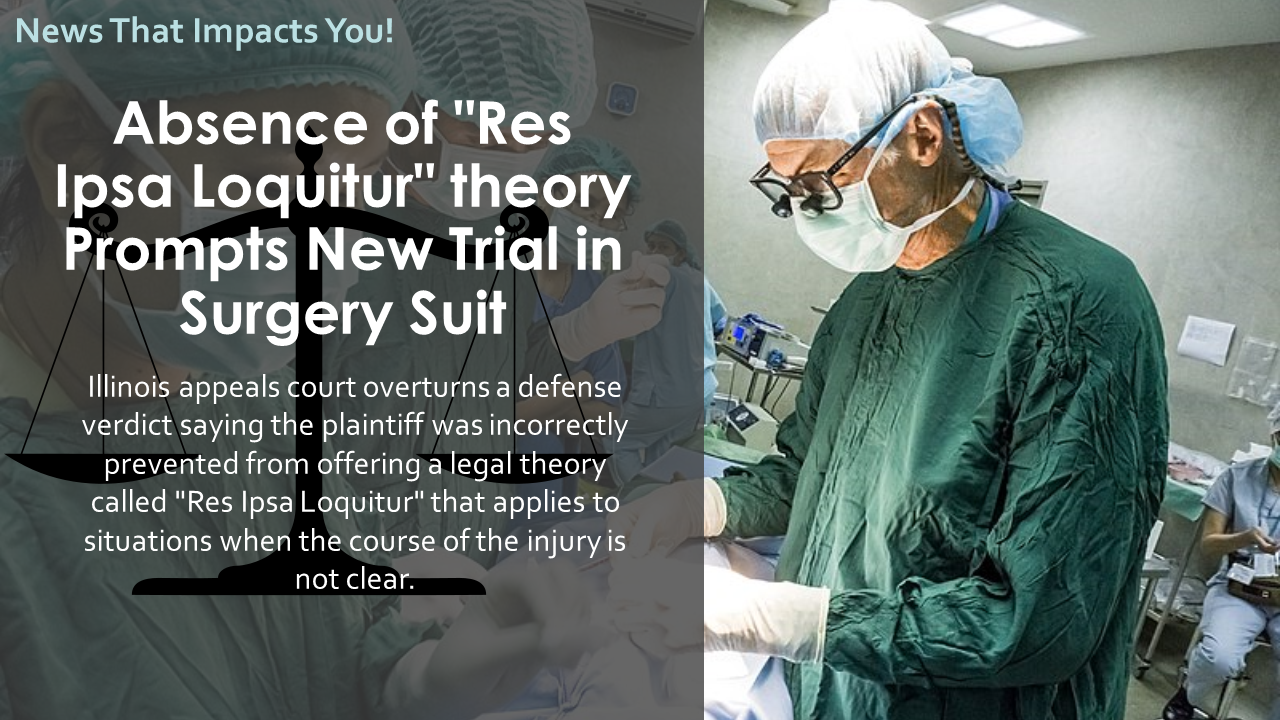 Alma Willis underwent a 12-hour surgery with Dr. Jeffery Flagg on May 21, 2008 to treat her back issues but ended up having temporary swelling and permanent nerve damage in both arms. It was not clear how the arm injuries occurred, and Willis couldn’t testify as to what happened since she was under anesthesia during the operation…law360, Court Axes Defense Verdict In Suit Over Surgery, Cara Salvatore, 2020

However, Willis’ trial judge banned any evidence concerning a “res ipsa loquitur” theory — in Latin, “the thing itself speaks” — which can allow a jury to find negligence where the precise source of an injury isn’t known.

The appeals court ruled that since the experts here could not conclusively establish the cause of Willis’s injury, she could rely on circumstantial evidence to establish her claim. It also said in its ruling that the trial court was wrong in excluding Willis’s experts from testifying that the injury to Willis’s median nerve would not have occurred in the absence of negligence.”

The appeals court ordered a new trial so that this evidence could be presented.