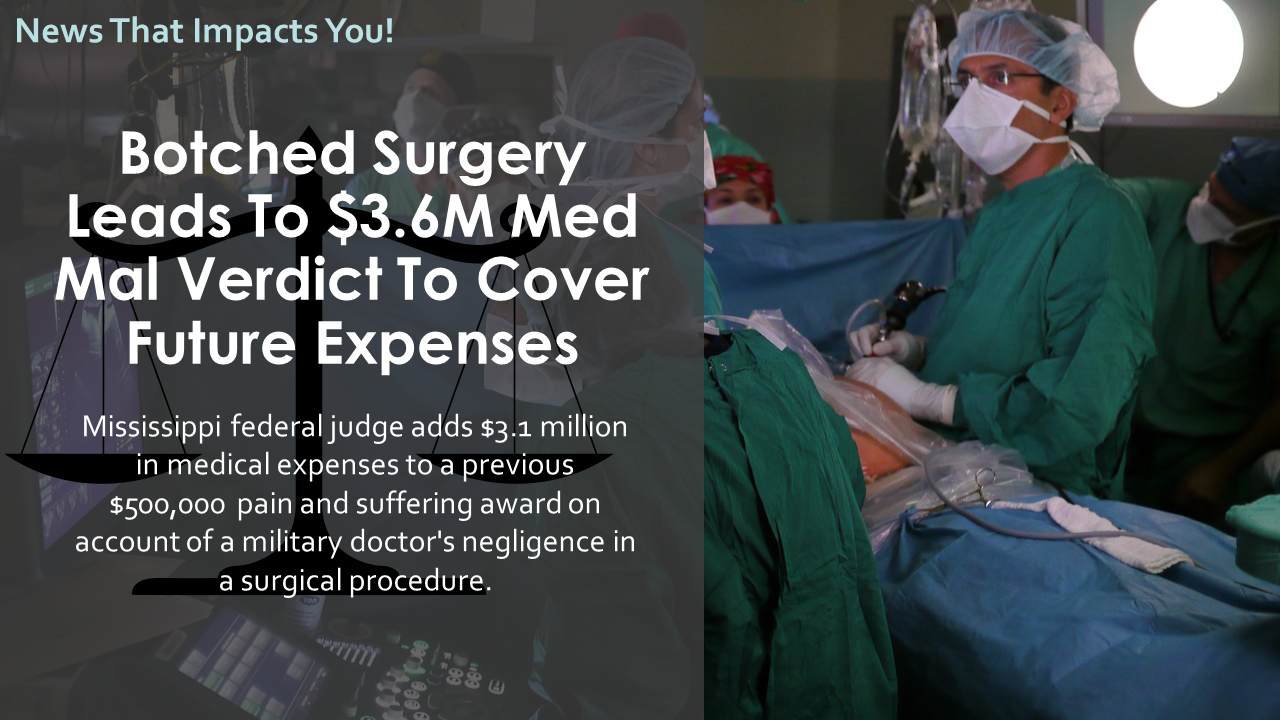 Upon finding that the Barchie’s negligence was the proximate cause of Brown’s long-term medical problems and other debilitating injuries, the judge in November awarded $500,000 for noneconomic damages such as pain and suffering, the maximum allowed under Mississippi law, but left the issue of economic damages unresolved due to a dispute over potential reductions.

The judge disagreed, saying that it was too speculative to assume that Tricare will continue to exist or at least continue to exist in its current form, for the remainder of Mr. Brown’s life expectancy so as to cover his future expenses. Hence, an award covering those expenses was necessary.