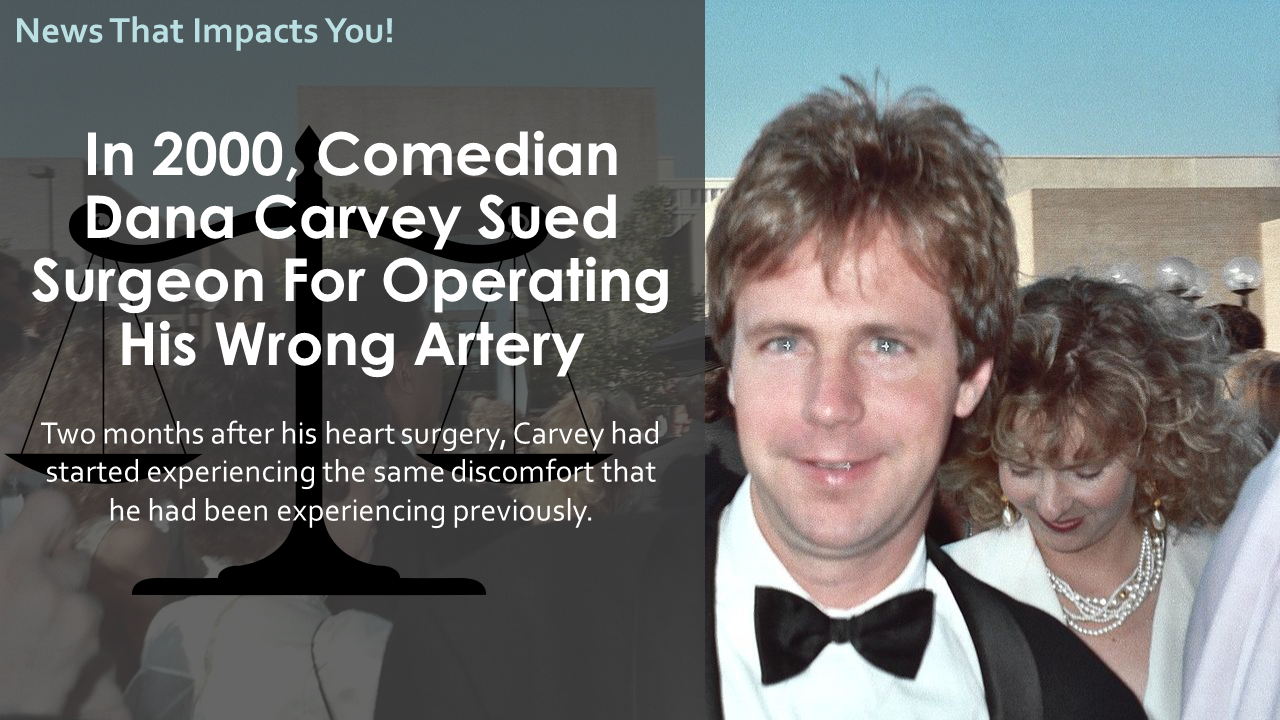 When he brought this up with his doctors, they assured him that it was simply the after effects of the surgery. When the discomfort did not go away, he eventually returned to his regular doctors for a second opinion, leading to a startling disclosure…caringlawyers.com, rmfwlaw.com, Comedian Dana Carvey Sues Cardiac Surgeon for Life-Threatening Surgical Error, 2019

Examination revealed that the incorrect artery had been operated on and that the blockage in Carvey’s diseased artery remained. While he did not require another open-heart surgery to rectify the problem, he did have to undergo another angioplasty to clear the blocked artery.

Carvey filed a $7.5 million medical malpractice lawsuit against the surgeon that made the mistake. He did this to recover damages for the six months he spent recovering from the angioplasty, which forced him to turn down offers to commercials, a television series, and a position on the “Hollywood Squares” game show. Carvey made a full recovery and settled the dispute for an undisclosed amount.