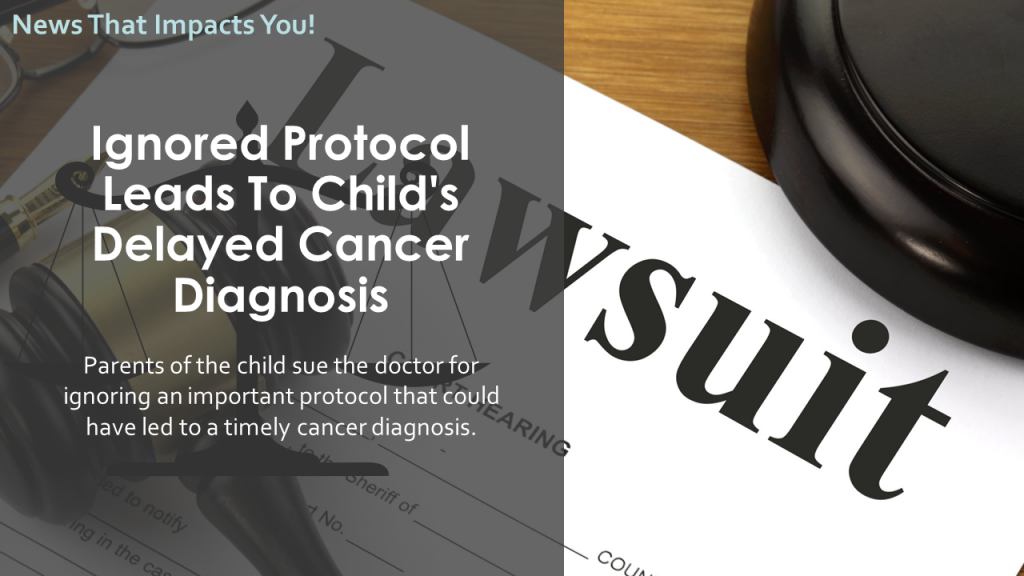 A 6-year-old boy visited an urgent care center with his mother for right thigh pain over 3 days, reporting that the site was sore to the touch and hurt when he walked. The mother reported that there had been no recent trauma. Dr UC, an urgent care physician, evaluated the patient, who was in general good health with a low-grade fever of 99.3 °F. Dr UC noted pain in the muscle but not the femur…medscape.com, Lawsuit: Ignored Protocol Blamed for Child’s Delayed Cancer Diagnosis, Gordon T Ownby, 2021.

Dr UC’s working diagnosis was an infection or inflammatory process, and she prescribed amoxicillin and acetaminophen.

After Dr UC’s staff called to follow up on the earlier visit, the mother brought her son in to see Dr UC. On examination, the young boy’s fever had improved but he still had pain when the acetaminophen wore off. An x-ray was taken, and Dr UC noted no acute changes after reviewing the x-ray. Dr UC advised the mother to have her son continue with the acetaminophen, follow up in 2-3 days, and visit the ER if conditions worsened.

Eleven months later, the mother called Dr UC’s office requesting a copy of the x-ray taken at the urgent care center and informed Dr UC that her son had been diagnosed with Ewing sarcoma a month earlier.

After that call, Dr UC discovered that the x-ray taken at the urgent care practice was never sent out for a formal interpretation, even though the office policy was to send out all x-rays taken in-house for a board-certified radiologist’s interpretation.

At the mother’s request, Dr UC then sent out the x-ray for interpretation. The receiving radiologist noted a large bone lesion involving the right femoral neck, the intertrochanteric region, and the proximal shaft. The x-ray and the radiologist’s report, which included a recommended MRI to evaluate the potentially malignant lesion, were sent to the mother.