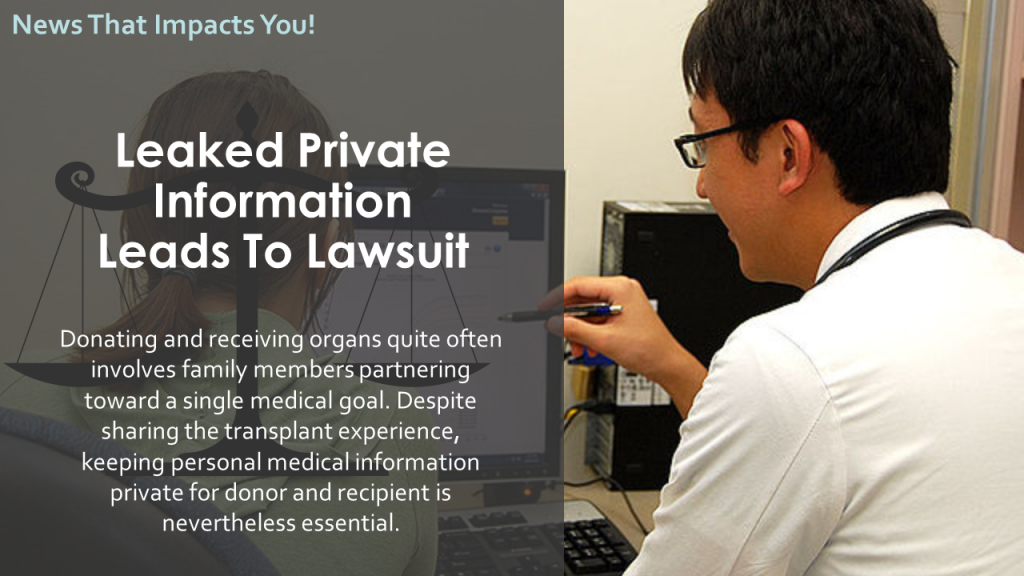 A 21-year-old woman contacted a hospital transplant program and expressed her desire to donate a kidney to her uncle, with whom she and her mother lived. An extensive medical workup of the young woman included a psychological evaluation and an explanation by a registered nurse of the details of the “living donor consent form” written on the hospital’s letterhead….www.medscape.com, Lawsuit: Private Information Leaked to Family Causes Legal Headache, Gordon T. Ownby, 2021

That lengthy consent form included two passages dealing with how personal medical information would be treated. In one section, the consent stated: “All information about the donor and recipient will be kept confidential unless there is written permission from the donor or recipient that information be provided.“

As part of her workup over the months leading up to the donation, the young woman underwent regular pregnancy tests.

During the course of her evaluation, she had two negative hCG blood tests: one shortly before signing the donor consent form and another 1 month before the scheduled transplant.

During a preoperative consult 1 week before the scheduled surgery, Dr GS, the general surgeon for the transplant noted that

the donor’s last menstrual period was nearly 1 month prior. On that day, the donor underwent another hCG screening and a blood cross-match.

4 days later, the results showed that the woman was pregnant. Dr GS recognized the urgency to let both parties know that the surgery could not go forward.  the uncle called Dr GS’s office wanting to know additional information. According to the uncle, at some point during that conversation, Dr GS got on the phone to say that the surgery was not going forward because “your niece is expecting.”

In a subsequent lawsuit against Dr GS, the niece claimed that the disclosure of her pregnancy (divulged to the uncle before she herself learned the news) constituted a breach of contract, as well as a violation of state privacy laws. She claimed that the family’s knowledge of the pregnancy prevented her from obtaining an abortion.

Dr GS resolved the matter with the donor informally prior to arbitration.