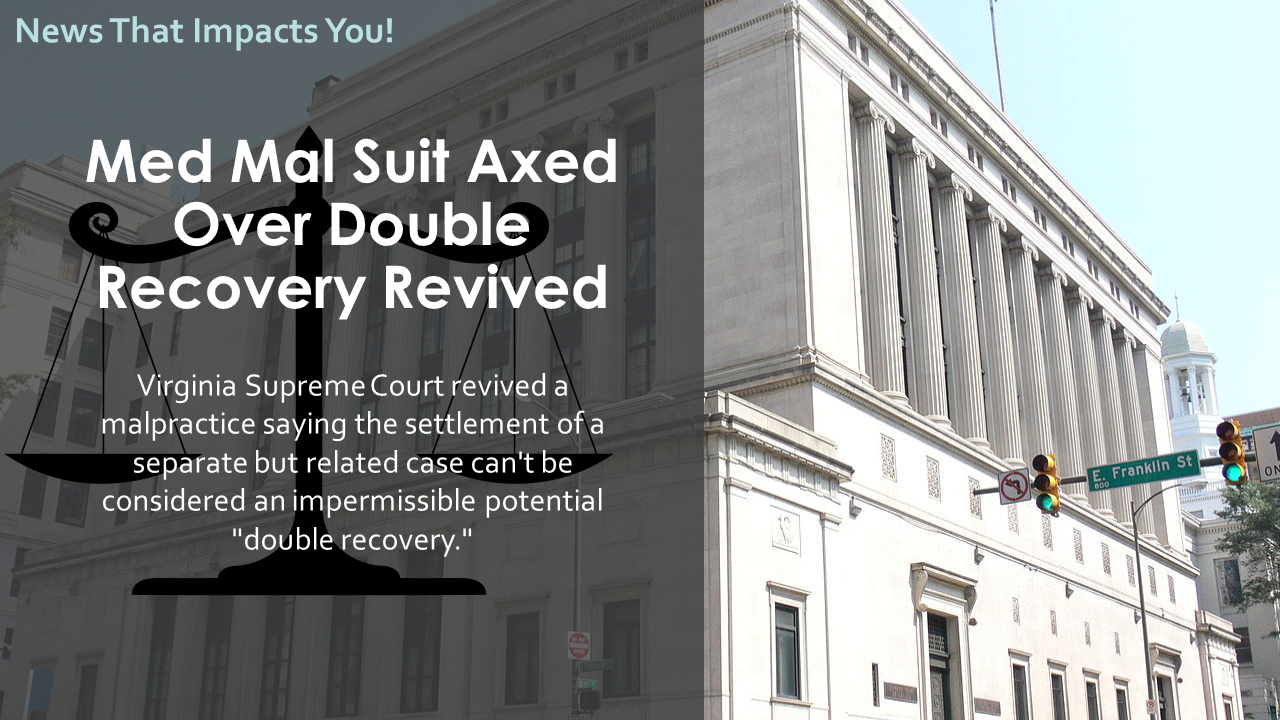 Oneida Green, after being discharged, sought medical care at a Kentucky hospital about 70 miles away and was again discharged. About a week later she was diagnosed with a necrotic bowel and underwent surgery, but complications led to her death approximately two months later. Her husband Lewis Green sued the doctors.

The trial judge had granted the three Virginia doctors’ motion to dismiss, reasoning that an undisclosed settlement Green made to resolve a separate suit against the Kentucky health care providers barred any recovery in Virginia for the same injury. The judge cited a Virginia statute, Code § 8.01-56, which states that a plaintiff may only recover damages for one injury under either a wrongful death or personal injury cause of action, not both.

The Supreme Court judges disagreed and said that the statute and other common law principles that prohibit double recovery did not apply to Green’s case because the trial judge could have reduced any damages awarded in the Virginia case to account for the Kentucky settlement. “An allegation of a potential double recovery was not a sufficient basis for dismissing Green’s action; any alleged double recovery can be addressed by the circuit court,” Justice S. Bernard Goodwyn wrote for the court. The judges also said that “There is no language in Code § 8.01-56 that would prohibit the filing of a wrongful death action in Virginia because of the settlement of a personal injury claim in another state.”

Delivering the verdict, the court said that because Green alleged the three doctors’ negligence proximately caused his wife’s death, under Virginia law he had no choice but to pursue a wrongful death claim.