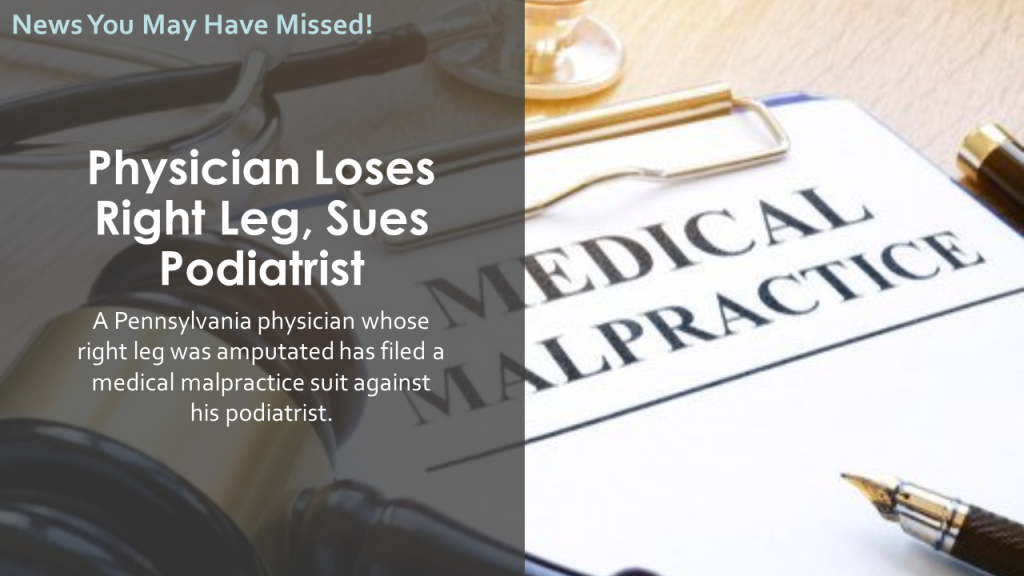 In December 2020, Mario Adajar, MD, 59, sought treatment for his foot calluses and the chronic ulceration of his right foot. Adajar consulted a podiatrist, who has surgical privileges at Wilkes-Barre Commonwealth Hospital. According to his complaint, Adajar made the podiatrist aware that he had type 2 diabetes and had recently undergone a kidney transplant…medscape.com, Physician Loses Right Leg, Sues Podiatrist, Wayne J. Guglielmo, MA, March 16, 2022

In December 2020, Mario Adajar, MD, 59, sought treatment for his foot calluses and the chronic ulceration of his right foot.

In June 2021, the podiatrist placed Adajar’s right leg in a total contact cast.

By the following day, the patient experienced what he later described as “excruciating” pain around the cast.

Doctors soon had a diagnosis: a gram-negative bacilli infection.

On July 27, 2021, doctors were forced to amputate Adajar’s right leg through the fibula and tibia.

In his suit, Adajar claims that the decision by the podiatrist and his associates to place him in a total contact cast was the direct and immediate cause of his injuries.