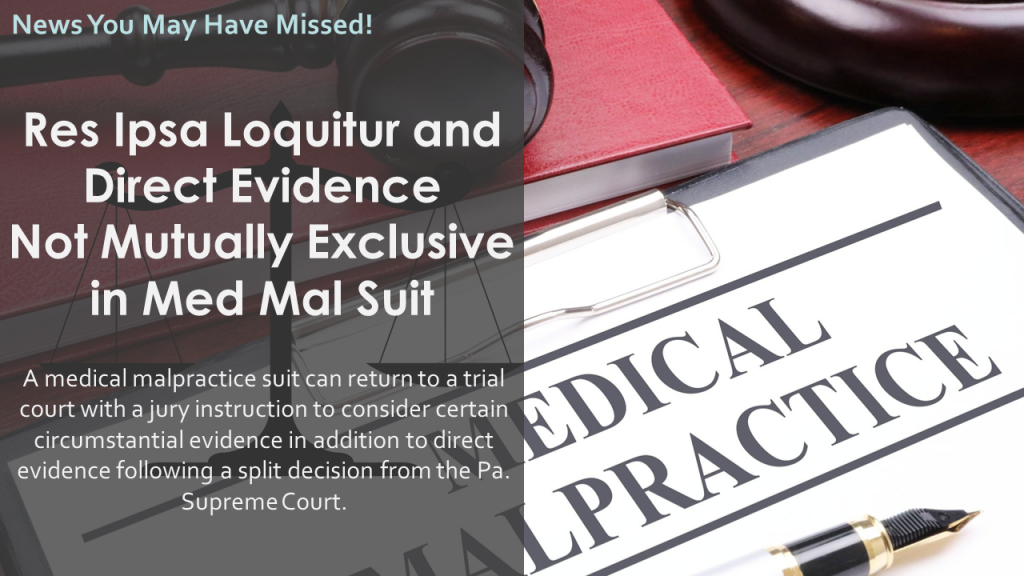 The high court determined that a plaintiff can use the doctrine of res ipsa in cases where the plaintiffhas enough direct evidence that the doctrine is not the only way to reach a finding of liability.

The majority opinion said that in a case “where the evidence available to the plaintiff is equivocal and less than conclusive on the elements of negligence, asking the plaintiff to choose which evidentiary  approach to pursue  is manifestly unfair.

The plaintiff, H. Elizabeth Lageman, had undergone an emergency laparotomy at York Hospital in 2012. The attending anesthesiologist

misplaced a central venous pressure line during the operation.

Following the procedure, Lageman was diagnosed with one or more strokes and she sued Zepp and the hospital for malpractice.

The plaintiff’s expert testified that the injury could not have occurred if Zepp had properly conducted the procedure.

Lagerman said that, in light of her expert’s opinion, she had prima facie evidence entitling her to the res ipsa loquitur instruction,but the trial court disagreed.

The high court majority, however, found that she made a successful prima facie case.