News You Can Use

No Physician-Patient Relationship; No Malpractice Claim 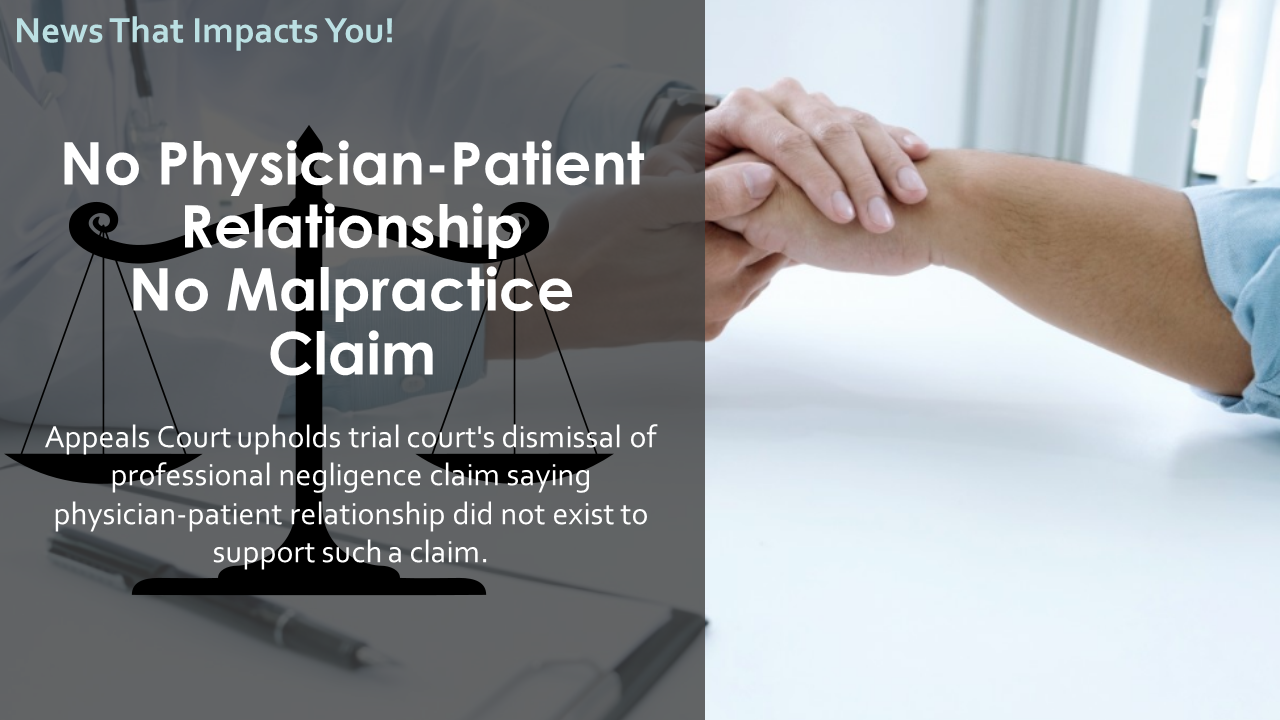 Jeffrey Fettig, while under the influence of alcohol and prescription drugs, hit a vehicle driven by Thomas Stanley, leading to his death. Janet Stanley, Thomas’s wife, filed a lawsuit against Dr. Floyd Garrett who was a psychiatrist and was treating Jeffrey Fettig for alcoholism…law.com, Janet Lee Graham Stanley et al. v. Floyd P. Garrett et al. 2020

Janet claimed professional negligence on the part of Garrett in treating Fettig and failure to prevent him from driving despite the fact that he had met him just hours before the accident.

The trial court dismissed Stanley’s professional-negligence claim which was upheld by the appeals court.

The appeals court in its judgment said that the Georgia law is clear that physician-patient privity is an absolute requirement for the maintenance of a professional malpractice action. If there is no physician-patient relationship, then there can be no liability for malpractice and in this case, there is no dispute that neither Stanley nor her husband were Garrett’s patients.

As a result, the trial court was right in granting Garrett’s motion to dismiss Stanley’s professional-negligence claim.