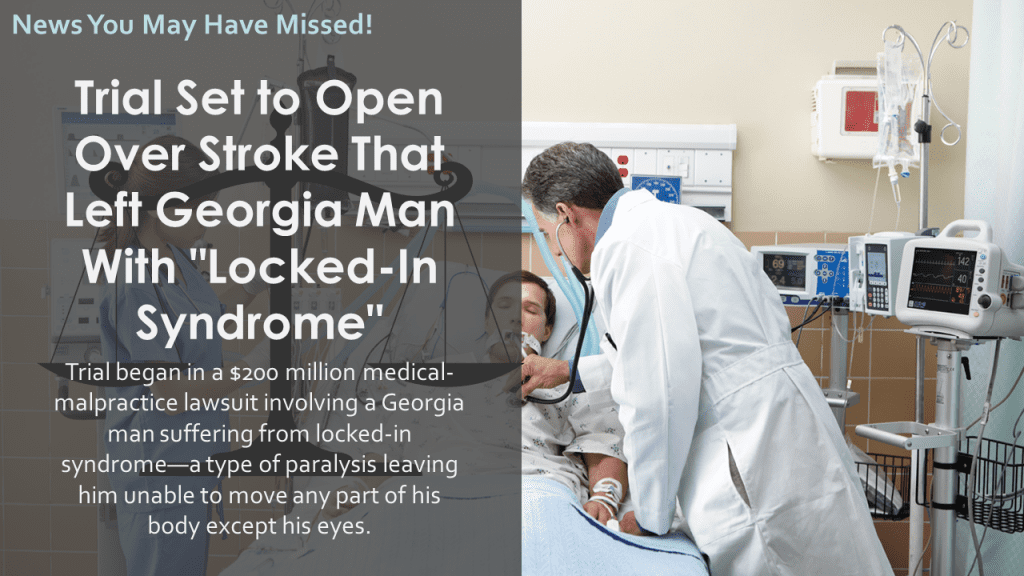 Jonathan Buckelew brought malpractice and negligence claims against North Fulton Regional Hospital in Roswell for complications that allegedly arose after he was taken to the hospital following a collapse during an October 2015 treatment by a chiropractor… blog.cvn.com, Med Mal Trial Set to Open Over Stroke That Left Georgia Man With “Locked-In Syndrome”, Arlin Crisco, Oct 2022

While personnel at the Fulton hospital concluded he suffered a brain stem stroke, Jonathan claims that they failed to properly diagnose and treat the condition until the next day.

Buckelew’s attorneys contend imaging performed shortly after Buckelew’s arrival in the hospital’s ED indicated he was suffering a stroke, and that the medical professionals failed to properly treat him or accurately diagnose the condition until the next day, leading him to suffer profound brain damage.

Buckelew now suffers from “locked-in syndrome,” which renders him unable to move any part of his body but his eyes, while leaving him conscious and with his cognitive faculties intact.

Each defendant contends that they complied with the applicable standard of care while treating Buckelew. Further, defendants contend that Buckelew’s stroke was so severe that he would have suffered the same outcome regardless of when his condition had been diagnosed and treated at the hospital.

The chiropractor who initially treated Buckelew is not a defendant at trial.